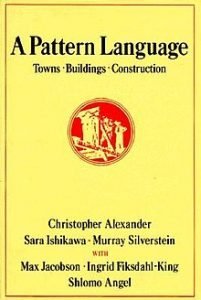 Christopher Alexander’s best known book, A Pattern Language sets out the 253 individual components of good design identified by Alexander and his students over 20 years of research.

The foundation of most of Alexander’s work, the principles of object-oriented programming and the programming patterns movement, this work has influenced the development of computer science significantly.

In a 2009 lecture, Alexander challenged computer scientists to apply the fundamental principle behind his work, that good design has a moral foundation, to their work. In that speech he said that his research into the influence of his work on computer science revealed to him that this basic principle has been overlooked.